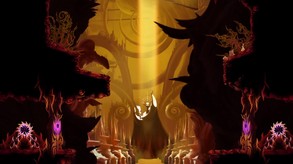 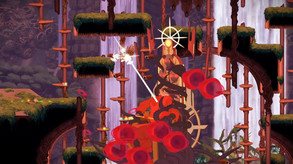 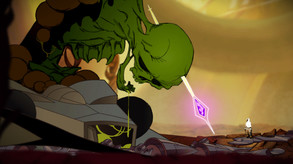 You play Eshe, a wanderer in a ruined world, trapped in ever-­changing caverns filled with hordes of terrifying enemies. Harness the power of corrupted relics to defeat gigantic bosses, at the cost of your humanity. Resist or embrace.

Explore.
Delve into a procedurally generated dungeon at the heart of a beautiful hand-drawn world. Classic Metroidvania elements such as backtracking, secrets and unlocking new abilities that open new regions are at the core of the exploration experience.

Fight.
Confront hordes of dynamically spawned eldritch monsters. Put your skills and reflexes to the test through furious melee combat and epic boss fights against uniquely designed enemies. All monster spawns are dynamic, constantly keeping you on your toes.

Die.
Designed as a challenging adventure for seasoned gamers, frequent deaths are part of the Sundered experience. But taking our inspiration from our favorite rogue-like games, death in Sundered is only the beginning.

Upgrade.
When you die, you respawn in the Hub, where you level up and customize your character. Equip and upgrade a host of unique Perks, stats and special Abilities hidden throughout the world. 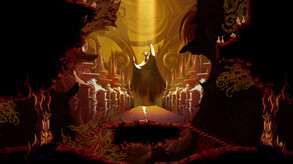 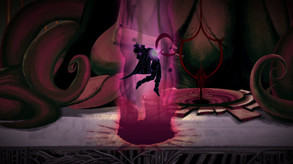 "A compelling and rewarding experience that you'll be eager to play again."
8.0 - Gamespot

"A sublime blend of Metroidvania and Lovecraft."
Recommended - Eurogamer
©2018 Thunder Lotus. All Rights Reserved. Sundered and Thunder Lotus are registered trademarks of Thunder Lotus in the U.S. and in other countries.
-44%
Painkiller Hell & Damnation
1