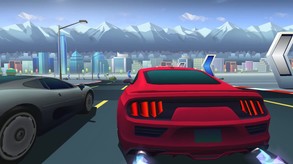 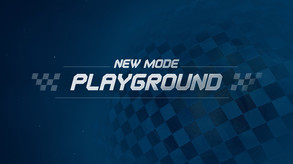 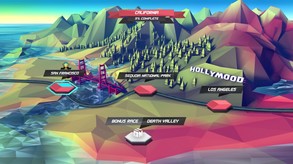 Horizon Chase Turbo is a racing game inspired by the great hits of the 80’s and 90’s: Out Run, Lotus Turbo Challenge, Top Gear (SNES), Rush, among others. Each curve and each lap in Horizon Chase Turbo recreates classic arcade gameplay and offers you unbound speed limits of fun. Full throttle on and enjoy!

Horizon Chase Turbo has Multiplayer Split Screen support across all game modes, to rescue the nostalgia of playing with your best friends sitting on a couch all night long. The hard time is to know who is your best friend because this one is also the one to be beaten.

Horizon Chase Turbo brings back the graphics context of the 16-bit generation and creates a style that is inspired in the past without letting go of its contemporaneity. The apparent polygon and secondary color aesthetic accentuate the visual beauty of the game, resulting in a unique and harmonic atmosphere. You’ll feel the retro soul of the game on a completely modern body.

Horizon Chase Turbo is a race around the world. With each new cup, you’ll pilot your car through extraordinary places, watching the sun setting, facing rain, snow, volcanic ashes and even severe sandstorms. Be it day or night each track takes place in beautiful postcards from across the world.

Horizon Chase Turbo presents Barry Leitch, the musician behind the soundtracks of classic arcade racing games Lotus Turbo Challenge, Top Gear (SNES) and Rush. As you play the game, you’ll be hypnotized by his charming tunes that complement the graphical ecstasy of each horizon.

Horizon Chase Turbo is the new version of the acclaimed and multi-award winning game “Horizon Chase World Tour”, selected as “BEST OF 2015” having a Metacritic of 88. The Steam Edition brings a lot of unseen features and content that enhance the nostalgia of old-school arcade racing games. 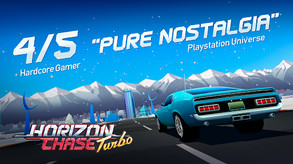 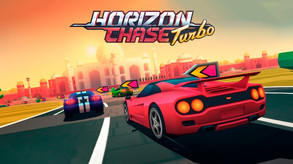 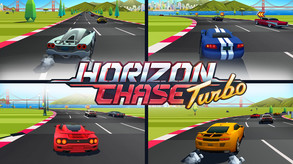 Teaser
"I had a hell of a time with Horizon Chase Turbo. Of all of the retro revival games that have come out over the past few years, it is near the top of my personal list of favourites. I can't get enough of it... there is a real addicting 'one more race' quality to the game."
8.5/10 - Destructoid

"The best arcade-inspired racing game since Outrun 2006: Coast 2 Coast over a decade ago. Horizon Chase Turbo wears its Outrun influences proudly and offers up the same kind of pick up and play thrills, but with more content to sink your teeth into."
4/5 - Hardcore Gamer

"From the looks of things, Horizon Chase Turbo nails the look and sound of this very specific era of racing games (early 90s). Gradient-heavy backdrops, track-side objects whizzing past at improbable speeds, and crashes merely slowing your car as it pirouettes through the air, before allowing you to resume your dash to the finish line."
Rock Paper Shotgun
©2018 Aquiris Game Studio. All rights reserved.
-45%
Dead Effect 2
1